Offering Happiness through the Ukulele - Ukuleles made in Japan -

Nowadays, this little product called "Ukulele" is a world wide instrument. Everyone that took their hands, felled in love. But when you go back the ukulele history in Japan, for about 60 years. You will find that this instrument was endangered in the past. 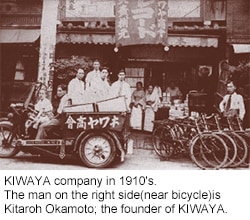 "Offering pleasure for everyone"

Under the will of company founder Kitaro Okamoto, "Kihachiya Chikuonki" was established in 1919. Starting from selling and repairing gramophone, the company also worked on record business, and instrument shop. The ukulele business started in 1955, when Ryouji Okamoto became the second president of the company.


"The beginning of KIWAYA's ukulele" 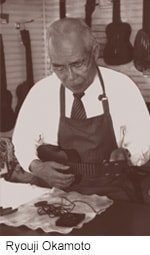 First Hawaiian boom in Japan was in the early 50's. Japanese citizen at that age, might had dreamed about the tropical island outside the country.(Deregulation of overseas travel for tourism was in 1964) In 1955, KIWAYA's brand "Famous" was born. Dreaming to become one of the famous ukulele brand. But soon after its birth, Hawaiian boom was reversed by the wave of the Rock music. There were more than 30 ukulele manufactures that closed their business at this period. "There is no way that ukulele will survive, if we stop manufacturing". Ryouji wished for this little instrument to be played by many people. But the glacial period of ukulele has just begun. 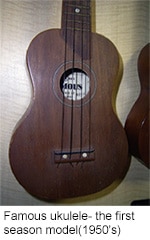 Ryouji did not gave up. He did all the things he can. Visiting some Japanese Hawaiian music players in order to improve the ukulele, and he sell around many small ukulele clubs all over Japan. Ryouji also went to some local authorities to propose and develop music education programs using the ukulele. On the other hand, he made a success with "mini-size guitar" using baritone ukulele's body. ...but ukulele was always piled besides him. Famous was the only existing ukulele brand in the Japanese market, for four decades.


Ryouji's steady effort continued until the 90's. Slowly, the sound of ukuleles were heard through commercial films on TV. Instead of Hawaiian music, Jazz, Pops were played in the main stream. This originated from Herb Ohta(Ohta-san), a jazz ukulele player of worldwide renown. The "ukulele seeds" that Ryouji planted, started to make their buds come out.

Later on, the effect by the TV program called "How to play ukulele", made the sales of Famous climbed higher than ever before. After the long glacial period, with many recommendations from many people, Famous made its dream come true, and become the Japanese standard ukulele as a longtime best seller. 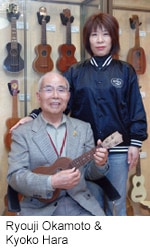 "Offering Happiness through the Ukulele"


In 2002, Ryouji became the CEO of KIWAYA. He assigned Kyoko Hara, his oldest daughter, to be the 3rd president. Kyoko had various plans. She expanded the KIWAYA Ukulele School which was started in 1998.(It now has 40 classes, and over 400 students.) Later on she opened the KIWAYA website in 1999, started the Ukulele contest (renewal as "Ukulele Online Contest" from 2018) and founded the KIWAYA Ukulele Museum "RAKU" in 2004.

She also started the services of lending ukuleles as a part of her achievement to promote ukulele. "I would like to have anybody experience the joy of playing ukulele." Offering the services for free, she has successfully opened the door to the people and spread the joy of ukulele to local communities.

Kyoko has cooperated with the new generation's ukulele craftsmen, released various ukuleles(Luna(Artist Series), KIWAYA(Strummer), etc.) as a company brand. She lead the company to become a ukulele specialized company.

From all of these efforts, Ryouji was introduced into Oral History project of the NAMM(National Association of Music Merchants) in 2006. Ryouji has contributed to the popularization of the ukulele in Japan for a long time.

Kyoko insists, "KIWAYA has a unique place in the Japanese ukulele history and has fostered the ukulele culture. We've made good quality and sounding ukuleles. So, we can propose to the people who love ukulele all over the world, "Offering Happiness through the Ukulele"." She aimed to popularize "Made in Japan ukuleles" in the global ukulele market. 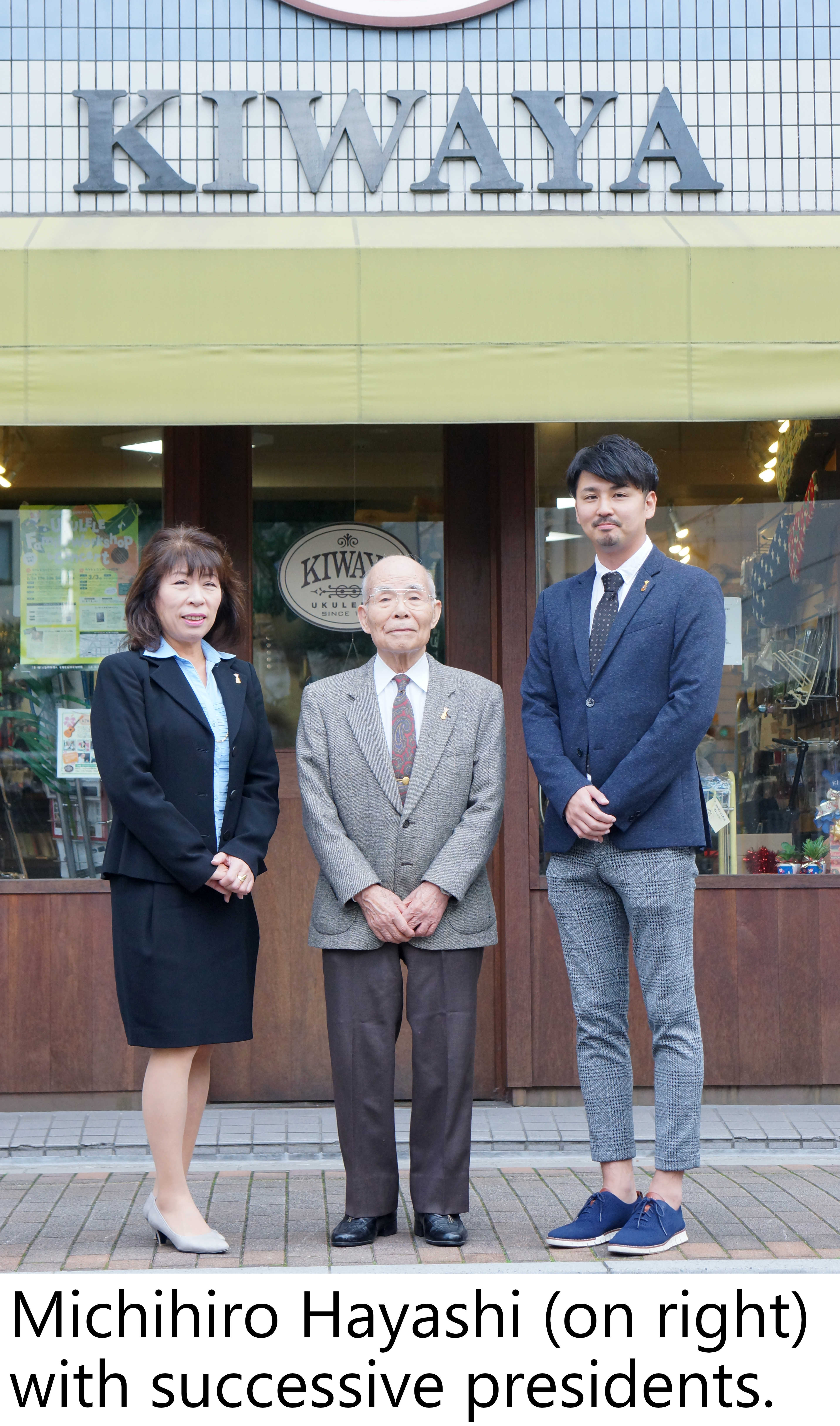 Kiwaya's long history has reached a milestone in 2019. Ryoji was the planter of ukulele culture, and Kyoko was the gardener. Inheriting the will from the forerunners to new generations, KIWAYA celebrated its 100th anniversary.

And back to 2020. Under 4th president Michihiro Hayashi, the new page of KIWAYA started. We believe that our little four string instrument, will make people's life happier.


"For your colorful life"